The Facebook F8 conference has to be the biggest event that Facebook holds annually. Usually, they invite developers, tech leaders and entrepreneurs from all over the world. The aim is to bring together, under one roof, people who build products, curate experiences and offer services around the website.

The event is hosted in California, the San Francisco Bay Area or San Jose in Silicon Valley.

Among the attending people was Ines Nasri. She was personally invited to attend Facebook F8. She was among the hundreds who witnessed the future as it unfolds right in front of our eyes.

The most important things discussed at this event were the future of Facebook after the Cambridge Analytica scandal and the way to move forward when it comes to how we perceive reality.

Ines was fortunate enough to experience what the leaders of the industry had to offer when it comes to technology. She was also able to gain information about what Facebook is creating when it comes to innovations and new products.

Facebook has been at the forefront of bringing the world closer together and this has led to some positive results and sometimes, some embarrassing ones, like the Cambridge Analytica scandal that involved the use of data to sway the elections.

Ines was witness to this event that was the biggest yet, in Facebook history. She attended more than 20 sessions that were displaying the best in interactive technology. It was a chance to look at the world of social media and digital marketing with a fresh perspective as someone behind the scenes would do.

The highlights of the day were the talks about augmented reality, which included Virtual Reality, Artificial Intelligence, and others. The previous day, before the event kicked into motion, Mark Zuckerberg issued a statement on his own Facebook page about what attendees and people watching from home could expect.

The first thing he mentioned was, having a ‘clear cache’ button, which allows users to delete the data that Facebook has about you, from other tracking utilities integrated into the platform.

Ines had a great time meeting the Facebook product experts and had the chance to interact with the minds behind the world’s largest developer community, who have built an amazing network that holds so much potential! 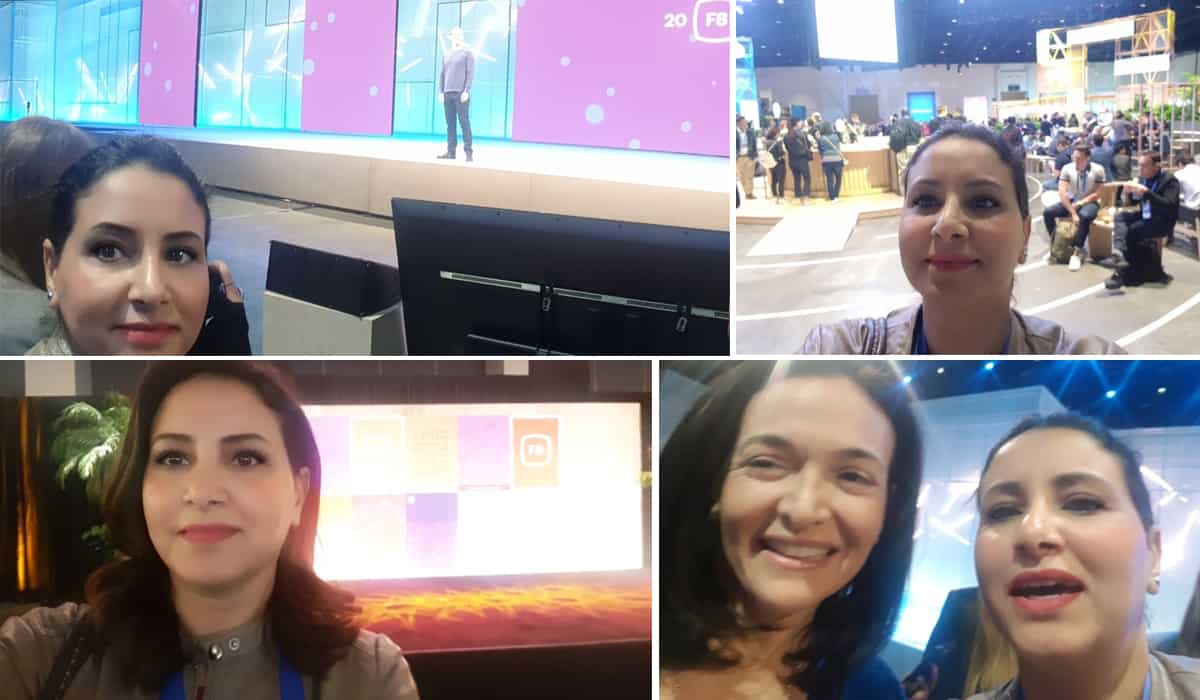